Some thoughts on China… 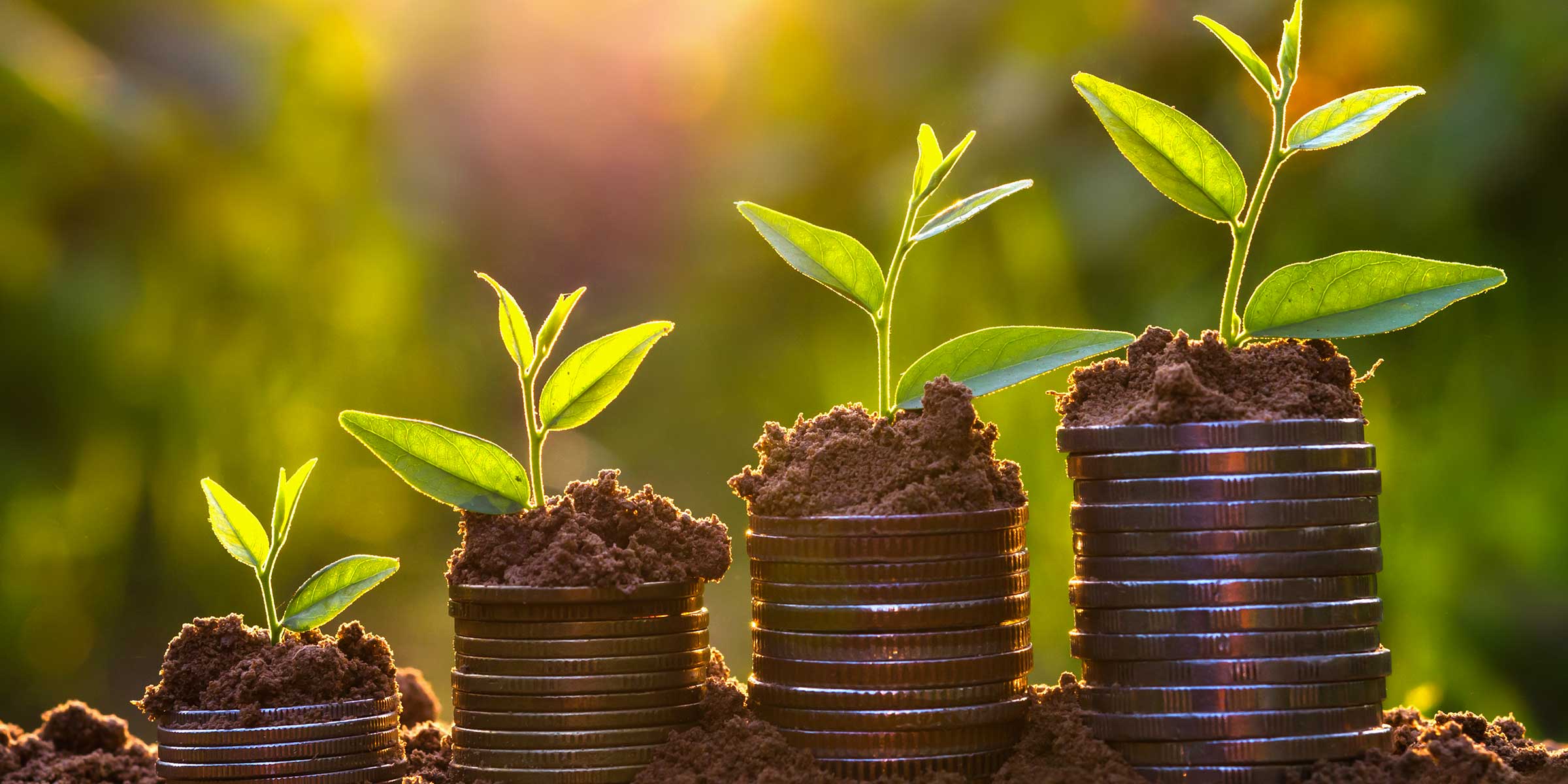 It was not a great start to the new year. During the first week of the year, Apple cut its guidance and blamed it on the slow down in China. Given recent headlines, we felt that this was an opportune time to discuss our recent research trip to China.

In mid-December, we had the opportunity to visit roughly a dozen Chinese companies. Most of them were online companies, including our portfolio holdings Baidu and JD.com, as well as some smaller, niche-vertical Internet companies like Bilibili (video sharing), 58.com (online classified ads), iQiyi (“Netflix of China”), Meituan (food delivery). Without fail, the first thing each management team talked about was the macro slowdown in China. It was almost like a disclaimer – you know, the kind we see on rainy days, especially here in Vancouver “Caution – Slippery Floor”. However, this was nothing new. The pessimistic drumbeat from China has been known for many months. Nevertheless, we gained further appreciation of the nuances of the opportunity set and, importantly, see some parallels to the experience in the West. Below are a few of our thoughts.

Winter is coming to China, but platform-level enterprises should continue to make headway 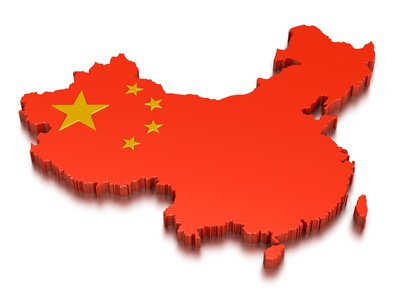 It’s no secret that China is slowing down from its rapid pace of expansion over the last few decades. It remains to be seen if this recent bump is a slowdown in the growth rate, as most expect, or an actual broad contraction, which would be more worrisome. That being said, even if China slows, there are a number of companies that we believe will remain secular growth stories. If we look back, the US economy was hit far harder in 2008 than anything currently contemplated for China. Yet a number of companies, like Amazon, continued to make headway. Secular growth stories tend to continue to climb, albeit at a slower pace, even when economies go through periods of slowdown. However, these stocks often get indiscriminately sold off along with the rest of the market in a bear market, which makes it a great time to be an investor. Indeed, the divergence of the underlying business performance and the stock price reminds us of something Warren Buffett once said, “Games are won by players who focus on the playing field – not by those whose eyes are glued to the scoreboards”. Amazon’s top line never declined during the Great Recession. Neither did Google’s, Apple’s or Netflix’, although it was a brutal time for those watching their respective stock prices plunge on “the scoreboard”. Looking back, it turned out to be a good time to invest in such stocks that were in secular growth mode and would end up dominating investor discussions in the decade ahead (e.g. FAANGs, albeit Facebook did not go public until 2012). We believe a number of Chinese companies share similar attributes to today’s FAANGs and will continue to make headway, despite a slowdown.

Impact of regulation & government influence is a double-edged sword

We asked each company “what will the likely impact of regulations be on your business?” In China, government influence is ever present and could be good or bad. Changes in regulation, such as the delay in gaming approval for Tencent in 2018 and restrictions on medical ads for Baidu in 2017 are two recent examples of how the state’s “visible hand” can negatively impact the fortunes of its leading tech enterprises. On the other hand, the “visible hand” can also help. For example, China has nurtured home grown tech giants, in part due to the protection and favoritism from the state. Facebook, Google and Netflix have never gained traction in China and this is partly because of the onerous restrictions enforced by the state, which made it very difficult to break down barriers to entry and be competitive.

Today, state favouritism goes one step further, as the Chinese government is openly backing a few homegrown tech giants as national Artificial Intelligence (AI) champions. BAT (Baidu, Alibaba, Tencent), as well as iFlyTek, were all named by China’s Ministry of Science and Technology as the first members of the AI national team in late 2017. Indeed, this is one of the predictive attributes we seek: The presence of Other People’s Money (OPM), or in this case, the government’s money, to help fuel potential outperformance.

Chinese government support, along with state-funded OPM for AI, is an unfair advantage and a potential game changer in our view. In a similar fashion, the US military supported and became the anchor client of the early Silicon Valley tech scene and the US government funded basic science R&D advancements through the National Institutes of Health (NIH), which helped to fuel the outperformance of the pharmaceutical industry for decades. We like it when our investees have similar unfair advantages (i.e. competitive moats).

We wrote about technological disruption last year. In our view, the willingness to experiment and the capacity for continuous reinvention will be a source for emerging competitive moats and tomorrow’s potential compounders. Of note, the drum beats from technological change are even louder as we look east. In many industries, China has already moved well beyond its historical copycat narrative and has taken the lead, arguably innovating at a faster pace than many Western tech peers. When it comes to digital payments, ecommerce, interactive gaming revenue, online grocery delivery and many other areas, the future has already arrived in China.

A unique characteristic of China is that it is a huge market and its population has shown an eagerness to embrace change and new technologies. This provides a great opportunity for well-positioned companies to reach critical mass faster than peers in most other markets, and potentially extend that leadership on a more global scale in the future. Moreover, fierce competitive dynamics push entrepreneurs to keep on inventing and compel China’s internet elephants to jump into areas that are outside their traditional core businesses, but are natural extensions for further opportunities. For instance, Baidu, the leading search engine in China, is a leader in AI development.

We find these dynamics very interesting, because when you study extreme success in business and investing, you find it is frequently due to tailwind events that investors did not fully appreciate at the beginning. A good example is Amazon. Where would Amazon be today if it had just remained an online retailer, without launching its cloud computing initiatives, Amazon Web Services (AWS), in March 2006? Ten years ago, during the great financial crisis, initiatives like AWS were knowable, but did not get much consideration from investors, because they were too nascent to value with any certainty. Nevertheless, they represented “free options” and were important to consider. In hindsight, we now know that the future was already here in 2007 – but they were just not evenly distributed until five or 10 years later.

Switching back to today, what else might be important and knowable now? What initiatives are relatively nascent today, but could be more evenly distributed in five to ten years? Similar to Amazon’s early days with AWS, Baidu’s potential payoff for its AI efforts is impossible to measure with any precision. Baidu has been an early leader in a number of promising AI fields where the runway is potentially very long, like autonomous vehicles and conversational computing. Baidu is also founder run, conservatively financed and dominant in its core business. Even if those free options do not pay off and the core business stops being a Compounder, it is, in our view, still an extremely cheap stock, with significant upside to more normalized valuation ranges (Close the Discount). Many other leading Chinese online firms are in a similar boat, also with free options and at all-time-low valuations. We are watching a number of Chinese companies with great interest because we are seeing a growing divergence between the solid performance on the “playing field” which is in stark contrast to the panic reflected on the “scoreboard”. Déjà vu? To be continued…

By Felix Narhi and Sharon Wang