Subtitle: Building out the next generation of female fund managers, investors and VCs.

In this episode Maria Pacella, Managing Partner of Pender Ventures, is joined by Jacqueline Ovens, Alison Nankivell and Heather Conradi. Gathered to mark International Women’s Day, the guests discuss how they invest in women fund managers and entrepreneurs, how gender diversity plays a role in returns, how they measure diversity within their organizations and how we need to continue to close the gender gap in the investing world.

Jacqueline Ovens is a Manager in Export Development Canada’s Investments group. In her current role she is responsible for the Women in Trade Investments Program (“WITIP”), a $100 million program which provides equity growth capital to women-founded or women-led companies that are scaling up, and to women-led venture capital funds demonstrating a commitment to promoting gender equity on both sides of the investment table.  In addition to running WITIP, she oversees the portfolio management and operations of the group’s $2.3bn of committed capital in direct and fund equity investments.

Prior to EDC, Jacqueline worked in M&A advisory roles with investment banks in London, Montreal and Toronto.   She has a Bachelor of Applied Science in Industrial Engineering from the University of Toronto and obtained her MBA at INSEAD in Fontainebleau, France.

Alison Nankivell is Vice President, Fund Investments and Global Scaling, BDC Capital. Based in Toronto, she leads BDC Capital’s team of indirect investments – Canada’s largest venture fund investor, with investments in more than 60 funds and close to $1 billion in assets under management.

Bringing over 20 years of experience in the finance industry in Canada and Asia, Alison is also responsible for BDC Capital’s cross-border venture strategy, helping connect large corporates and investors in Asia with high potential Canadian companies and vice-versa. Prior, Alison was assuming the role of Vice President, Global Scaling in Hong Kong, from where she was supporting BDC Capital’s highest potential investee companies to grow their business and investment partners in the Asia region.

Before joining BDC, she was Director, Funds Asia with Teachers’ Private Capital, the private investment arm of the Ontario Teachers’ Pension Plan. Prior to this, she was Head of Funds at Export Development Canada (EDC), where she built out the Canadian and Asian private equity and venture capital fund investment platform for EDC’s Investments Team. During her 15 year tenure with EDC, Alison served in a number of financing and investment roles and spent seven years over two postings based in Beijing: First as Chief Representative for Greater China, and then as Principal and Head of Asia Fund Investments.

Alison also lived in Beijing and Hong Kong from 1990 to 1995, where she served as a China economic analyst and editor for the Economist Intelligence Unit. Fluent in Mandarin, she has worked as an independent economist undertaking consulting work for the International Labour Organization, the United Nations Development Program and CIDA in both Beijing and Ottawa.

Alison holds a Bachelor of Arts in Commerce and Economics from the University of Toronto and a Master in Public Administration and Public Policy from the London School of Economics and Political Science. She also holds the Chartered Financial Analyst (CFA) designation.

Heather Conradi oversees Impact Investing at Vancity Credit Union where she is responsible for new impact investing initiatives and Vancity Capital, Vancity’s growth capital group. Heather has over 20 years of experience sourcing, structuring and managing complex financings across a wide variety of industry sectors. She has worked with start-up technology and life science companies, social enterprises and environmentally-focused firms, and funds across these sectors, both through the provision of capital and as a Board Director.  Heather holds a Bachelor of Commerce from Queen’s University, an MBA from the University of British Columbia and the ICD.D designation from the Institute of Corporate Directors.

Mentioned in this episode

we recommend tuning in to these podcasts. 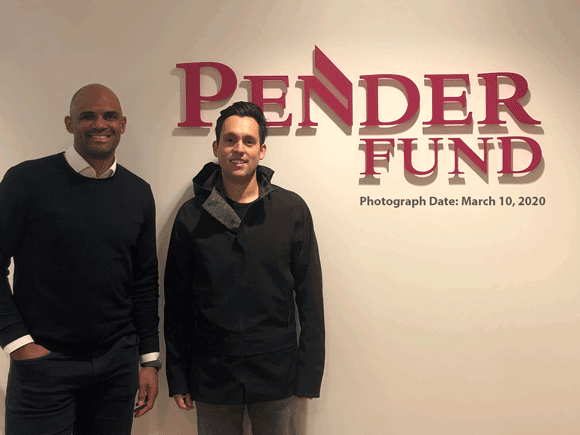 Episode 40 – Tech – What Scales is Simplicity