Wayne Gretzky Would Have Been a Great Investor As Well 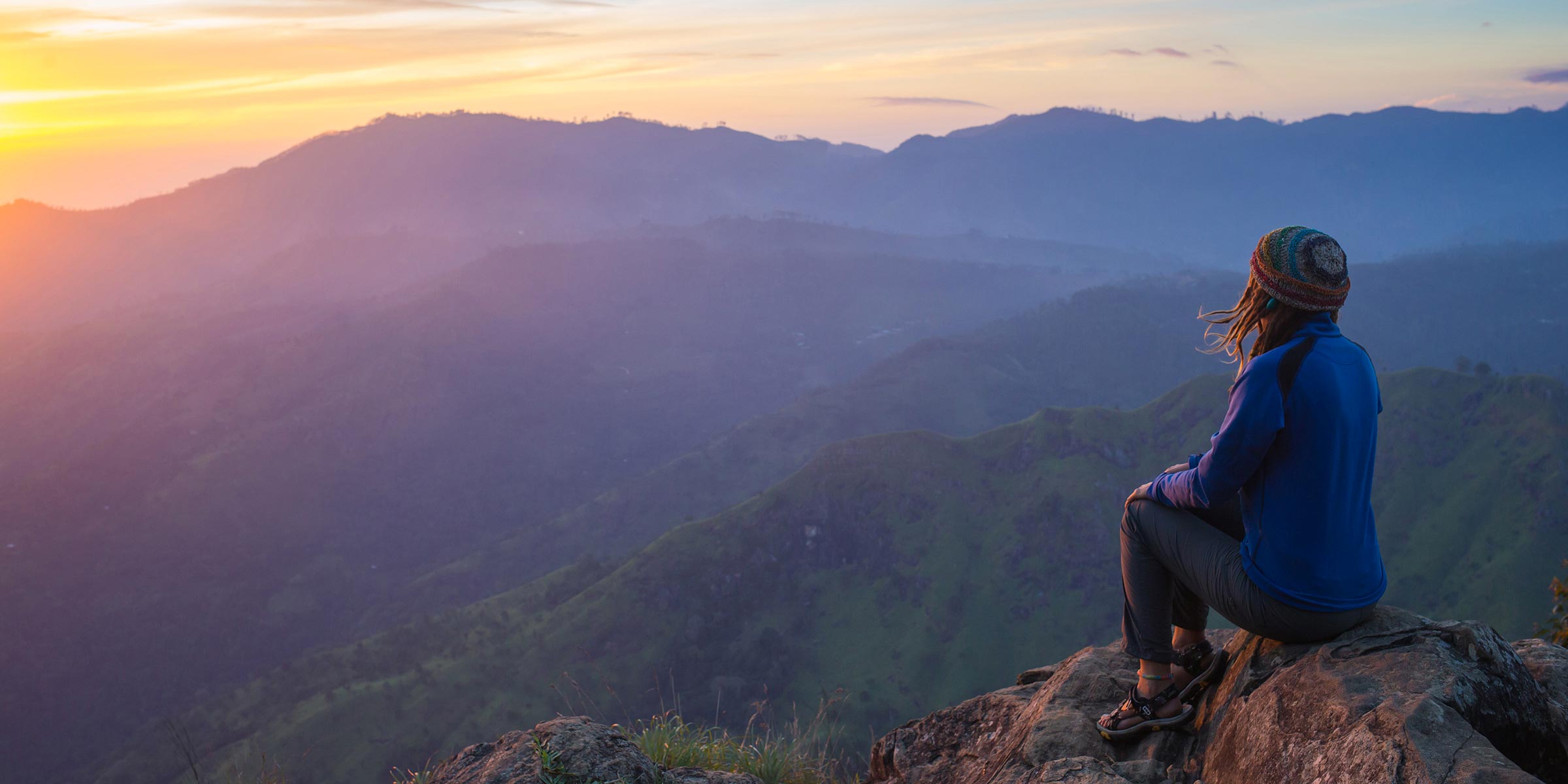 “Skate to where the puck is going, not to where it has been” – W. Gretzky

Despite the Edmonton Oilers of the 1980’s being a dynastic team, loaded with superb talent, we could not help but be reminded how Wayne Gretzky was by far the best player on his team, and of his dominance of that hockey era. Studying “the best of the best” has always struck us a sensible path to potential self-improvement. We thought we would ponder how Wayne might have fared had he applied some of the methods that helped him become “The Great One” in hockey to investing instead.

When he retired from the National Hockey League in 1999, Wayne Gretzky held 61 NHL records, including most career points (2,857), most goals in a season (92) and most 100-point seasons (15). He is so far ahead of anyone else in so many categories that it is hard to imagine many of his records will ever be broken. His incredible success is all the more remarkable considering his own admissions about his lack of physical abilities and diminutive size to stand out from the crowd.

As he was growing up, Gretzky was almost the anti-thesis of the big and tough hockey players who were successful in his era. Ever the underdog, he had to rely on his wits to make up for his physical disadvantages.

Asked once how he seemed able to see everything on the ice and anticipate the play, Gretzky responded, “[Sportswriters] call it peripheral vision. I call it fear. You would be able to get out of the way too, if Potvin were going to hit you. He’s a big, strong boy. …[G]rowing up, I was always the small guy. When I was five and playing against 11-year-olds, who were bigger, stronger, faster, I just had to figure out a way to play with them. When I was 14, I played against 20-year-olds, and when I was 17, I played with men. Basically, I had to play the same style all the way through. I couldn’t beat people with my strength; I don’t have a hard shot; I’m not the quickest skater in the league. My eyes and my mind have to do most of the work.”

How was he able to dominate at every level when faced with such an unfair backdrop?

One of the most famous quotes widely attributed to Gretzky is, “Skate to where the puck is going, not to where it’s been.” However, what many hockey fans don’t know is that this was not Wayne’s idea, but rather his father, Walter’s. When Wayne was a kid, Walter had him watch Hockey Night in Canada with a pen and some paper. He asked him to trace where the puck went on the paper during an entire 20-minute period. When he was done, the darkest areas of the page would show where the puck had spent the most amount of time travelling.

Wayne followed his dad’s advice game after game and period after period. Over time, he gained a sixth sense for where the puck spent most of the time and where it would usually end up in a game. Once he started to play the game, he was able to put that knowledge to use. After years of practice, his uncanny ability to skate to where the puck was going was developed to such a high level that he became almost impossible to defend against. It was as if he knew how the play was going to unfold in advance.

Former Boston Bruin and Hall of Famer Bobby Orr described this sixth sense – “[Gretzky] thinks so far ahead.” Gretzky himself said he sensed other players more than he actually saw them. “I get a feeling about where a teammate is going to be. A lot of times, I can turn and pass without even looking.”

What does this have to do with investing? We think there are several important lessons here.

1. Watch and learn – you don’t become an expert overnight.

Continuous study and persistent practice were key factors for Gretzky. He started his journey to becoming the “the Great One” by analysing and outlining the game play while watching Hockey Night in Canada as a kid. He then consistently perfected that knowledge on the ice. Likewise, it makes sense to become a learning machine and study past investment outcomes, good and bad, to see if there are recurring patterns and trends that might work (or should be avoided) in the future. The good news is that knowledge when investing tends to be cumulative. Through continuous effort, one should become a better investor as time moves on.

2. Think far ahead – the importance of a long term outlook.

While Gretzky was “thinking so far ahead”, his peers were reacting to the run of play. Similarly, many investors tend to focus on the current price action, rather than on where a business is going to go. By focussing and reacting too much on market price fluctuations, many investors end up overtrading and missing out on the big upside from owning great businesses and sitting tight.

The truth is that the intrinsic value1 of most large businesses does not change very much quarter to quarter or often year to year – certainly far less than short-term stock price fluctuations would suggest. Over time, stock prices roughly track the value creation path of the underlying business. Although this can be at an uneven pace, the intrinsic value of a business and the stock price eventually meet. So think about what that underlying asset or business will produce in the longer term and not about daily price fluctuations. Cups are won by players who focus on the whole season — not by those whose eyes are fixed on the scoreboard during a single game.

1 Intrinsic value is the private market value of a firm, or the present value of all future cash flows of a businesses or asset discounted back to today at an appropriate discount rate.

3. Skate to where the puck is going – find high probability investment candidates.

Great hockey players tend to sense where the puck will go and get to that place ahead of the competition. They know where they should spend most of their time because that is where the puck ends up most of the time. In effect, they have narrowed down the arena and spend more time skating in the zones with the highest probability of scoring. Similarly, it would be helpful if investors could narrow down their potential investment universe and focus more of their capital on companies that have commonalities with other past strong performers.

In fact there are some empirically validated “predictive attributes” which you can assess ahead of time and which can tilt the odds in your favour. For example, stocks that are spun out from their parent companies tend to outperform the overall stock market. As do stocks that spend a lot of their cash flows on share repurchases and materially reduce their share count over time. Founder-led firms have also been found to outperform over the long-term. Studies have shown that there are many predictive attributes which increase the odds of a good result. Of course, the more predictive attributes a company has, the higher the chance of a favourable outcome. Investing is ultimately a probabilistic endeavour, so every little edge helps.

4. Avoid body-checks – don’t be put off by big competition.

Growing up, Gretzky surveyed the hockey landscape, took into account his disadvantages and simply refused to play the game the same way as other players. Instead, he honed his game to best suit his personal strengths. Likewise, investors need to find their own edge and stay focused on companies within industries they understand best. You can’t allow the resources, opinions and actions of other investors to throw you off your game. If your research and experience is telling you which direction to go and the facts are on your side, then play your own game.

We often find inspiration and insight that improves our investment process comes from outside the traditional investment world. This multi-disciplinary approach can sometimes provide us with insights that can be shared between different fields. Gretzky was able to raise his game to a whole new level by rigorous studying of how the play flows in hockey, adapting the game to his personal strengths and positioning himself “to where the puck is going”. Likewise, we think studying the attributes of successful businesses, staying focused on the long term and maintaining focus within your circle of competence will improve your potential returns over time.  No doubt, Wayne Gretzky has a well-deserved reputation as hockey’s “Great One”, but we feel many of the same methods he used to elevate his game on ice could be applied to investing as well.