The Commercialization of Space – Part 1

November 15, 2020 marked a historical milestone with the successful launch of the SpaceX Crew-1 Mission, transporting four astronauts aboard the Crew Dragon Resilience over 400km into orbit on a twenty-seven hour voyage to the International Space Station (ISS). After years of design, development and testing, and decades of aspiration, ambition and innovation, the first privately owned spacecraft system has been officially certified and successfully completed its mission of transporting humans to space. The success of this mission is the culmination of years of planning after the retirement of the Space Shuttle program and the announcement of NASA’s Commercial Crew Program in 2010. With a goal of providing affordable access to space, the program enabled private enterprises to develop their own spacecrafts. It supplied developmental funding and the potential for lucrative long-term service contracts providing an economic incentive and ensuring the success of the program. SpaceX was the first private company to complete an unmanned mission to the ISS with their Demo-1 mission in 2019 which marked the first launch, docking and return of a commercial spacecraft followed by the Demo-2 mission this spring which marked the first-time astronauts flew aboard a private spacecraft and the first US mission to the ISS since the shuttle program was retired in 2011. With SpaceX officially certified to transport humans, the company will begin shuttling astronauts to space on a regular basis, allowing the company to direct their focus past the orbit of Earth to beyond.

Space – A new investment frontier
Sixty-three years ago, the Soviet Union successfully launched the first artificial satellite sparking the space race between the United States and the USSR. Less than a dozen years later Neil Armstrong took one small step for man, marking a significant achievement for our species. Since his footprint was left on the moon, space exploration has focused on low-Earth orbit missions and unmanned scientific exploration. Previously, space was an industry for only the largest and wealthiest governments with commercial development limited to advancements in satellite and communication technology. But over the past two decades there has been a dramatic shift, with NASA now a major proponent for advances in commercial space enterprise. Strong support from governments to view the private sector as a partner rather than a contractor, a record period of private investment, and advancements that have dramatically lowered the cost of access to space have all enabled a new generation of innovation-driven entrepreneurship.

Abundant, affordable access to space has the potential to unlock trillions in economic value
It has often been remarked that the first trillionaire will be made in space. With the industry experiencing strong growth in recent years, analysts estimate the industry will generate nearly $1.5T of revenue by 2030, placing the space industry near the size of the pre-COVID global tourism industry. Advances and developments in new technology are also enabling a wide range of new opportunities. Improvements in modular design and the mass-production of small satellites has created new opportunities in IT communications and hardware with a significant amount of new capital being raised for new entrants. The biggest and most significant recent advance has been the reusability of rockets, which has substantially reduced the per-launch cost to send a payload to low-earth orbit. Space tourism, satellite communication and surveillance, security and defence, the extraction of space resources, and in-space manufacturing represent many of the opportunities that entrepreneurs are pursuing. As the cost of access to space decreases and becomes more accessible, it opens the industry up for a dramatic increase in economic activity and innovation, similar to how the development of the internet sparked the digital economy and unlocked trillions of dollars of economic value. 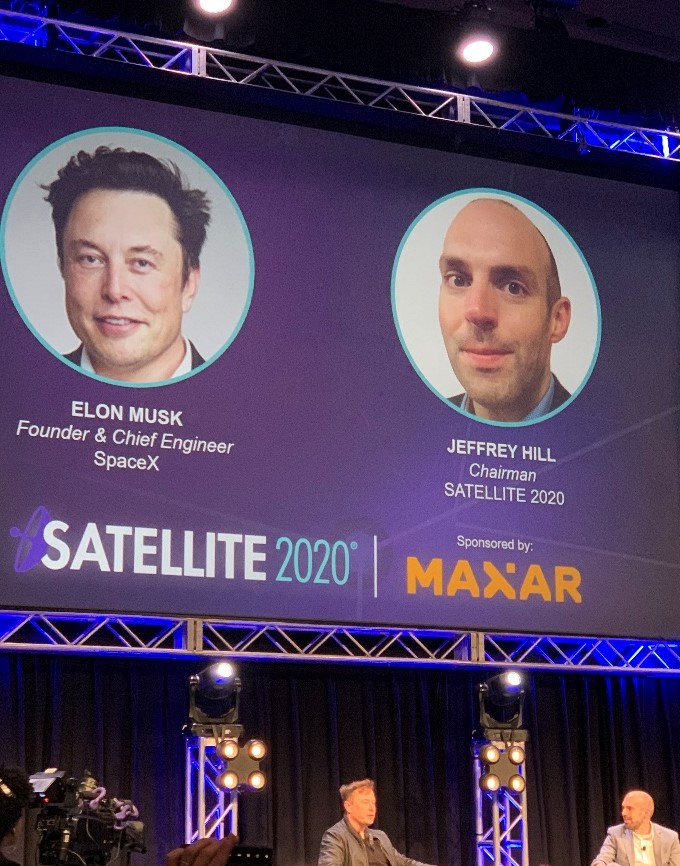 “We want to open up space for humanity, and in order to do that, space must be affordable” – Elon Musk

In early March, I had the opportunity to attend the Satellite 2020 conference in Washington, DC which featured a keynote address by SpaceX CEO and founder, Elon Musk. The annual conference has been held for nearly 40 years, with the goal of connecting and uniting the space and satellite industry to solve global challenges, bridge the digital divide, increase access to space, cultivate innovation and future leadership, collaborate on policy, and network with colleagues and peers. The conference hosts thousands of attendees, spanning hundreds of countries including executives, government officials, commercial customers and investors, with hundreds of companies and exhibitors in attendance. Despite taking place in the early days of the pandemic with the last day of the conference being cancelled as new restrictions on gatherings were imposed, it was clear that the industry was going through a significant shift. 2019 was a record year for space start-ups with venture capital funds raising and deploying capital into a plethora of new, highly innovative start-ups tackling a variety of niche to large-scale opportunities. The industry, which has historically been commercially dominated by satellite companies and defence contractors, is seeing a wave of entrepreneurs with backgrounds in technology and engineering looking at ways to bring the Silicon Valley approach of disruptive innovation to the space sector. 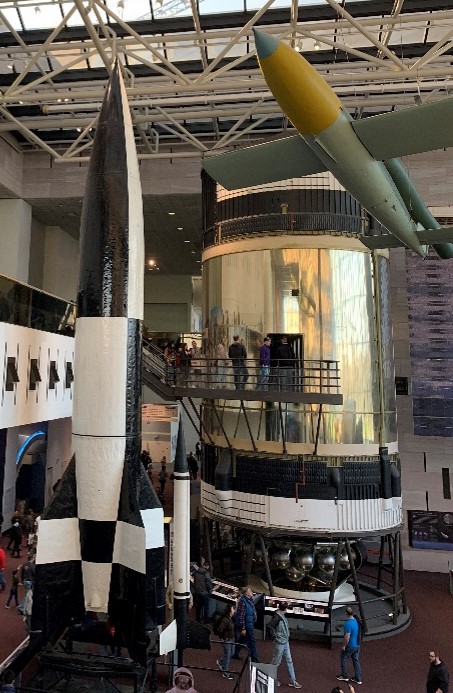 Something that was evident in the presentations by companies, panels of industry experts and my conversations with management teams and other attendees was the envy, contempt and fear many commercial satellite and space infrastructure developers and operators had for the relatively new-entrant private, billionaire-backed space companies. Namely, Elon Musk’s SpaceX, Jeff Bezos’ Blue Origin and Richard Branson’s Virgin Galactic. With lofty ambitions, easy access to considerable amounts of capital and an ability to attract the best talent in the industry, these companies have proven to be bold leaders, driving innovation in the industry. In such a sensitive, complex business where accidents and failures have immense economic and potentially devastating human consequences, the benefits of private vs. public ownership are significant. Private ownership allows management teams to focus on research, design and testing as opposed to the typical compliance, regulatory and governance burdens faced by the management teams of public companies. But the biggest advantages for these private companies are two key factors we consider regularly in our public company investments; being founder-led companies backed by visionaries and having a long-term focus.

“All civilizations become either spacefaring or extinct.” – Carl Sagan

The combination of a visionary founder and a long-term focus is evident at SpaceX. Since the founding of the company in 2002, Elon Musk’s goal has been to enable the colonization of Mars and make humanity a multi-planetary species. Every investment and development SpaceX has made over the past 18 years have been for the advancement of achieving the goal of colonization. With a target so grandiose but clear, the company can make investments and developments not focused on an outcome in the next quarter or the next year, but on projects with timeframes in years, decades and possibly past the lifespans of individuals on the team.

SpaceX’s Starlink satellite constellation, with a goal of putting over 12,000 satellites in orbit to provide high-speed internet to remote regions of the globe is an example of this long-term focus. While many competitors repudiated the economic viability of this project, claiming they had no idea why SpaceX would build the constellation at a projected cost of over $10B or how it would make money. But this short-sighted thinking overlooks the fact that SpaceX has already launched over 800 satellites and every new batch of satellites improves the efficiency, experience and development of SpaceX’s rocket launch capabilities. SpaceX has continued to push forward with Starlink, while many of its competitors and expected new entrants have delayed their development, exited the industry or filed for bankruptcy. Meanwhile with exponential demand for data and Starlink’s offering continuing to improve, the company has created a strong market position and improved its path to profitability.

Gradatim Ferociter! Step-by-Step Courageously – Blue Origin Motto
Jeff Bezos has credited much of the success at Amazon to the company’s long-term focus. He’s remarked on how the majority of companies invest on a three-year time horizon and by being willing to invest on a seven-year time horizon, you’re competing against a fraction of those people. “By lengthening the time horizon, you can engage in endeavours that you could never otherwise pursue.” Bezos has taken the ethos of long-term thinking and supporting failure, and made it a part of Blue Origin’s culture, evident in the company’s motto. Innovation is difficult and developing a new technology can take many years to pay off, with low odds of success and repeated failures along the way. This requires a culture which embraces failure and views it as a positive part of innovation and growth. Bezos has mentioned that on the longest timeframe, looking out a couple of hundred years, he believes that developments and advancements at Blue Origin are the most important work he’s doing. The ability to look up at the sky, wonder about our place in the universe and to strive to create something which will take generations to achieve is remarkably human.

The Commercialization of Space – Part 2

I’m not the man they think I am at home…I’m a rocket man. It’s been an exciting summer in the race for human space exploration, with Richard Branson and Jeff Bezos successfully completing suborbital space […]