Transat A.T. – Searching the Skies for a Catalyst 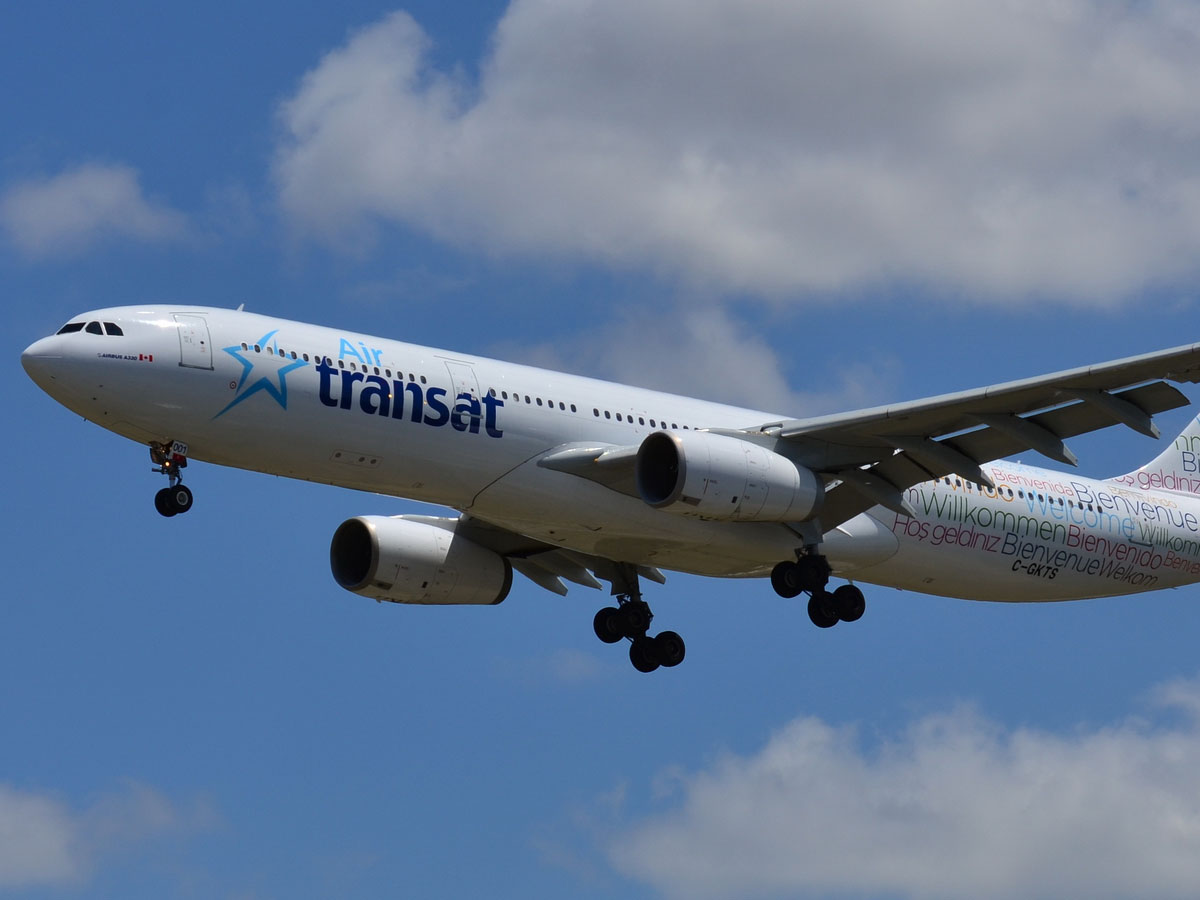 Our investment in Transat A.T. represents a successful catalyst-driven close the discount (CTD) investment. As Canada’s third largest airline and one of the largest tourism companies in the world, Transat has had a long and volatile operating history. The company primarily offers flights and travel packages to sun destinations during the winter season and key European destinations during the summer season. Historically the business was profitable in both seasons, although performance was volatile due to high exposure to fuel prices, exchange rates and competitive dynamics impacting fares. In more recent years, with Air Canada and WestJet’s increasing capacity and unbundling of fares, the launch of Air Canada’s leisure passenger service Rouge, and new low-cost carriers launching transatlantic services, Transat’s competitive position had begun to decline. The company was no longer profitable during the winter and, in our view, the long-term profitability in the summer season was also questionable.

What initially attracted us to the company was their divesting of all non-core businesses, resulting in it holding a substantial net cash position, with an excess cash position above operating needs that was greater than the company’s market cap. The company intended to deploy this cash to build out a portfolio of hotels in various sun destinations – a decade long initiative with considerable challenges and risks. Indeed, the company’s own projections did not provide an adequate return for that risk. Transat found itself with a deteriorating competitive position, a hotel development strategy that was likely to erode shareholder value and an increased risk of even remaining a going concern. With this information we saw two potential investment theses. First, we believed there was a strong case to balance the investment in hotels with buying back shares, decreasing the company’s risk profile for the benefit of all stakeholders, including shareholders. Alternatively, if the company did not take that course of action, it was likely that other market participants would see the disconnect between Transat’s price and value and take advantage. In the event, the latter occurred, with Air Canada set to acquire Transat for $18, subject to regulatory approval.

A cash-box investment is great, the tricky part is getting the cash

The first thing we look for in a potential CTD scenario is that the company is trading at a substantial discount to a conservative estimate of intrinsic value. This deep discount to value provides a margin of safety for the imprecision of estimates and any unexpected issues which may arise. In the case of Transat, when we first built a sizeable position in the company in the summer of 2018, the share price was ~$8, with the company holding ~$12 of excess cash-per-share which was not core to the business and could be returned to shareholders. In addition to this substantial cash position, the company had a small stake in a single hotel, an operating cash buffer equal to $4 per share and the core tour and airline business. All together we estimated the company was worth in excess of $19 per share to an acquirer or in the hands of a capital allocation focused management team. The shares trading at nearly a 60% discount to our estimate of intrinsic value were surely attractive from an investment standpoint, but this discount to value doubled as a wide margin of safety, which is important with CTD investing. By the time Air Canada’s acquisition offer was made public, Transat’s excess cash position had fallen to ~$8 per share and the fundamentals of the tour business had deteriorated negatively impacting its value. As we considered making an investment, we believed a substantial portion of cash could be returned to shareholders given the negative value it was receiving in the market. But after numerous conversations with management it became clear that the company was unlikely to part with its cash hoard, despite objections and concerns from shareholders. With the path to a return via a special dividend or share buyback closed, our attention shifted to identifying a catalyst to unlock that built-in/pent-up value.

Catalyst investing is all about the timing

After identifying companies trading at a large discount to intrinsic value, the second thing we look at in a CTD investing situation is whether there is a catalyst to unlock that value within a timeframe that will generate an acceptable return. This distinguishes a successful value investment from a value trap. Pulling up a long-term share price chart for Transat, it is evident that the company hasn’t created long-term shareholder value and at many times throughout its history, the company’s cash position had also exceeded its market cap, so the discount to intrinsic value alone was not enough for us to invest in the company. We needed to identify a catalyst to unlock value within a reasonable time period. To do this, we wanted to understand how motivated the sellers of the business were, who the potential buyers were, what the probability of a transaction taking place was and in what timeframe. We employed a scuttlebutt approach, speaking with Transat’s management, board members, competitors, customers, suppliers, former employees, industry experts and other shareholders to help frame and support our views. This led us to believe that there was enough support within the shareholder base for a change in strategy which would unlock value and as Transat’s share price fell, widening the discount to intrinsic value, we continued to engage with and express our views to Transat’s management and board members. The proxy circular released in July showed that other parties had also noticed this disconnect between price and value with Air Canada making overtures to acquire the company in late 2018 and other parties, including Groupe Mach, engaging with the board in early 2019. The unfortunate grounding of the Boeing 737MAX aircraft increased the value of Transat in our view as their leases of new Airbus aircrafts were an asset in a short supplied global aircraft market. The acquisition offer of WestJet by Onex further increased the strategic value of Transat as we believed that the two dominant Canadian airlines would both be well capitalized and competing directly. Air Canada may have shared this view. They were in negotiations with Transat’s board during this period and subsequently raised their proposed offer to $13.

Activism by advocating for fair value

While we don’t consider ourselves activist investors, we have no qualms about advocating on behalf of our unitholders to obtain fair value for the companies we own. While Air Canada’s initial $13 offer to acquire Transat represented a substantial premium to where the stock was trading and a highly attractive return on our investment, we believed it significantly undervalued the company. From an intrinsic value perspective, we believed Air Canada’s large network would absorb Transat’s excess and operating cash buffer providing nearly $15 of extractable value alone, with additional uplift for the tour business itself. More importantly, there were numerous strategic benefits to Air Canada which we believed warranted a premium bid. This included Transat’s aircraft fleet which, in addition to not having any 737MAX aircrafts, had an order book containing deliveries of new Airbus A321neo aircrafts, a highly efficient competitor to the MAX. The opportunity to acquire Transat’s fleet and future aircraft leases in an environment of tight aircraft supply driven by the MAX grounding was compelling. With WestJet’s ambition to become a premium international carrier competing directly against Air Canada, Transat’s established international network, operating experience, infrastructure and coveted slots in key European airports were also key strategic assets. Given our strong views on the strategic value we chose to publicly express our opinion that the $13 offer did not represent fair value. Other shareholders we spoke with shared our views and we expressed this in conversations we had with Air Canada and Transat’s management. Transat’s largest shareholder also rebutted the initial offer, eventually agreeing to a deal with Air Canada at $18, a price we believe more accurately reflects Transat’s intrinsic and strategic value.

Knowing when to pull the chute

With the higher offer and the lockup of Transat’s largest shareholder, we believed shareholders would overwhelmingly support Air Canada’s offer and that it was unlikely there would be a superior bid. After the raised offer was announced we made the decision to exit our position with an average selling price of ~$16.60 across our equity portfolios. While this represents a ~8% discount to the takeout offer, our goal was a fair and timely return and we believe that, given the high regulatory scrutiny and potential for a longer than anticipated review process, this discount more than compensated for the inherent risk of waiting for the acquisition to close. Overall our IRR averaged 69% across portfolios.

We will be closely monitoring the developments surrounding the acquisition as there may be subsequent investment opportunities throughout the regulatory review process.