The Pender Corporate Bond Fund returned 0.1% in November, a result lower than the potential run-rate return we see in the portfolio but, within the context of a choppy market, not altogether disappointing.

Contributors in November included our positions in PRA Group convertible notes, which rallied on strong quarterly results, newly acquired bonds of Treehouse Foods which recovered from concerns regarding a CEO resignation, and George Weston preferred shares which gained on their attractive after-tax yield profile. Offsetting portfolio gains, to a degree, was a decline in our recently acquired position in Puerto Rico general obligation bonds. This is a holding in which we see enormous value potential, but one for which higher volatility comes as part of the package.

November Credit Market Environment
As months go, this one presented one of the more hostile credit environments we have seen since 2015. We observed in November both a widening in credit spreads and a rise in short and intermediate term risk free rates. Neither the spread widening event nor the yield curve increase were particularly strong, but both presented headwinds and, in combination, created jittery market conditions. As an indication, the second week of November saw over $1B of net outflows from “JNK” the SPDR Bloomberg Barclays High Yield ETF, making it the second highest week of net outflows in the history of that ‘fund’. At one point in mid-November the large High Yield ETFs were down more than 2% before staging a partial recovery.

Our decision earlier in 2017 to adjust our risk band weights towards a more cautious positioning was made with these type of markets in mind and we were rewarded with a lot less volatility and a positive, though modest, return. We also took advantage of mid-month volatility to either expand or initiate some quite attractive “yieldy” positions that we hope can set us up for a more profitable 2018 than we had been previously expecting. 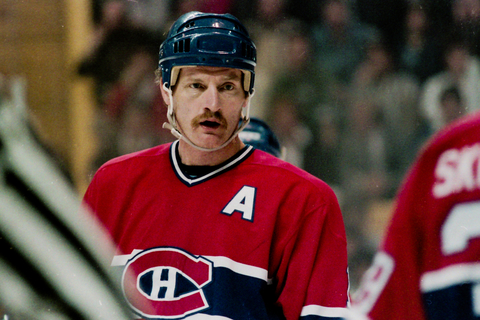 We don’t deny the excitement we once felt whenever Guy Lafleur carried the puck with speed over the opposition blueline, his blonde locks billowing behind. Even credit managers like to put points on the board! But for all the greatness of Lafleur and Steve Shutt, we always view the success of the 1970’s Montreal Canadiens as being based on a foundation of excellent defense. Larry Robinson, Serge Savard and Guy Lapointe won those Stanley Cups, in our view, largely through their ability to control the play and minimize the potential for goals against.

While we are dealing with a lot fewer bodychecks, credit investing works in a somewhat similar way. In our case, we establish a very large defensive barrier against losses through the establishment of wide margins of safety. With the exception of a few high potential return positions in our “special opportunities” bucket, every other holding in the Fund sits atop at least as much equity buffer as the company’s total debt. In that way we can afford for the market to cut each company’s entire capital stack in half and we would still be covered at the level of our principal exposure.

Such margins of safety are not always present in the general high yield market. Indeed, one of the main contributors to the high yield ETF troubles in November was a group of large index weights where over 80% of the company’s total capitalization was debt. Community Health, for example, has about $25 of debt for every dollar of market cap. There may be times when such a capital structure can be appropriate for a company, but often that sort of capitalization ends up in bankruptcy and restructuring – and it’s certainly not the type of risk we would consider taking on for high single digit yields, which for much of the year was the situation with Community Health bonds.

Holdings Update
With the volatility, we had a busy month. In the lowest risk band, we initiated positions at the five year tenor issued by Apple and Visa, two pristine credits. Here we were taking advantage of the run-up in US five year yields that took place in November, while diversifying our highest quality bucket. Also in that bucket, we took advantage of market air pockets to add weight to our position in Verisign 2023 bonds.

In the higher yielding part of the portfolio we expanded significantly our position in KeyW Holding Corp. after a miss of some analysts’ expectations in its quarterly results. We believe KeyW to be misunderstood. As a contractor to US government agencies in the cybersecurity area, we consider the company’s solidly contracted forward looking profitability to be very ‘bankable’ while recent contract wins have added further to its forward looking growth. At a yield to 2019 maturity of approximately 10% and a default risk we view at 0.5%, risk/reward seems attractive to us.

We also initiated new positions in credit of Rite Aid Corporation, Pandora Media, and Treehouse Foods. Briefly, the attraction of Rite Aid 2023 notes at a yield in excess of 7.5% was a substantially improved credit profile. Rite Aid’s recent asset sale of a portion of its store base to Walgreen/Boots for over $4 billion creates enormous potential to reduce debt and improve key credit metrics.

In Pandora Media, we bought the very well-covered 2020 convertible notes that trade below 90c on the dollar to yield about 5.5%. We see strong implicit credit support in digital radio pioneer Pandora, as evidenced by recently acquired 20% strategic stake from Sirius XM, the internet radio entity within John Malone’s Liberty Media empire. Beyond this strategic support, Pandora’s current valuation is deeply discounted relative to both its own history and relative to competitive music streaming entities such as Spotify.

Treehouse Foods is a US-based contract manufacturer of private label and institutional food products. Still profitable, Treehouse produced disappointing results in the wake of its acquisition of ConAgra’s private label coffee business, and compounded concerns as the recently hired CEO departed in favour of the return of founder Sam Reid. We view Treehouse’s problems as transitory and small in comparison to the asset base and core earning power of the business. With 1 year default risk in Treehouse around 0.1%, we find the 4.8% yield on the company’s 2022 notes to be attractive in the circumstances.

Fund Positioning
The Fund yield to maturity at November 30 was 5.5% with current yield of 4.9% and average duration of maturity‐based instruments of 2.6 years. There is a 4.7% weight in distressed securities purchased for workout value whose notional yield is not included in the foregoing calculation. Cash represented 2.4% of the total portfolio at November 30.
Geoff Castle
December 4, 2017