The Pender Corporate Bond Fund returned 0.5% in July, a reasonable result in a market that saw significant drawdowns in the benchmark credit indices.  Driving the performance of the Fund in July was strong appreciation in floating and fixed-reset rate preferred shares, as these rose with rising Government of Canada bond yields.  In addition, certain individual credit positions performed well.  For example, Grupo Famsa 7.25% notes of 2020 rallied over 10% as the Mexican furniture retailer and consumer finance company raised long-term bank debt, and consequently was able to announce a partial redemption of these US dollar notes at 103% of face value.  Offsetting these gains, to a degree, was a decline in some longer-duration credits that were affected by rate increases.

Investment grade bond yields were higher in July, particularly in Canada.  The Bank of Canada’s July 12 overnight rate hike announcement initiated a large increase in C$ interest rates all along the curve.  For example, the 5 year Government of Canada bond yield has increased more than 0.6% since the policy change was announced by Governor Poloz in June.  Although we do own some high quality bonds in the 3 to 8 year tenors, whose prices declined somewhat with the move, the Fund has three sources of resilience in the face of rising rates.  First, we own a number of floating-rate or rate-reset securities, including several preferred share issues, which generally increase in price on rising rate expectations.  Second, the majority of our bonds are short duration credits, with duration three years or less, and thus are fairly price-insensitive to changes in longer rates.  And, finally, we own many wider-spread credits that generally do not react to small changes in government bond yields, especially if the reason that rates are rising is because business conditions are improving, as is the case this year.

The largest new position we established this month was in the 6.5% convertible notes due in 2019 issued by Mississauga-based energy marketer Just Energy Group Inc.  We like the business prospects of Just Energy, as the company has been able to successfully execute a de-leveraging program and has grown the profitability of its well-diversified energy marketing business in the US, Canada and Europe.  The company is a good overall credit, with recent 1 year Bloomberg default probability of approximately 0.1%.  We also like this particular issue’s senior credit position, as well as the enhanced conversion rights which accelerate in the event Just Energy stock exceeds $9.37 per share.  At the end of the month, the notes yielded approximately 5.7% to a July 2019 maturity.

On the more distressed side of things we also initiated a smaller position in the 2021 convertible notes of Massachusetts-based Inotek Pharmaceuticals.  Inotek, which develops therapies for glaucoma and other eye disorders, has recently reported unsuccessful clinical results and is in the midst of a board-sponsored strategic review.  We believe that the outcome of that strategic review process will be positive for the company’s deeply discounted convertible notes which are more than twice covered at face value by the company’s cash balances.  Priced around 75 cents on the dollar, we believe the notes represent attractive risk/reward. 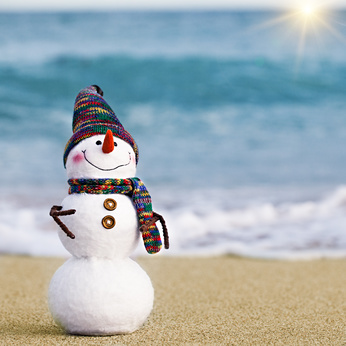 Almost one year ago we picked up a position in the floating rate preferred shares of Thomson Reuters Corp, trading just below $12/share, or more than a 50% discount to that issue’s $25 par value.  This issue pays a quarterly dividend based on 70% of the Canadian Prime Rate.   At the time, buying the Thomson “floater” was the equivalent to buying a snow shovel in July.  Here was an instrument that was geared to perform in a rising rate environment at a time when there hadn’t been a rate hike in Canada for over 6 years.  Back in the fall of 2016 the Prime Rate was languishing at 2.7%.  No one was talking about rate increases, rather the street buzz at the time was all about whether Canadian interest rates were about to turn negative.

We had no special insight into what the Bank of Canada might do next.  But we did take out a calculator and determined that the Thomson floater’s dividend at that time was about 4% based on the trading value of the shares.  That yield, on an after tax basis, was the same as a bond or GIC yield of 5.2%.  That’s not too bad for zero maturity paper from one of Canada’s strongest corporate credits (recent 1-year default risk probability for Thomson Reuters is below 0.01%).

Less than a year later, we are happy to report that our calculation effort has been well rewarded. The Thomson floaters have increased in price by about 35% to trade just below $16. With the price increase, the shares’ headline yield has dipped a little, to 3.2%, which is like 4.2% from a bond on an after-tax basis.  That yield is still far better than the 1.5% yield available on Thomson’s short-term debt, and so we continue to like this position, which is now gaining some well-deserved popularity amongst Canadian investors.

We are starting to favour perpetual preferred shares of high quality Canadian issuers.  While, as a general stance, we prefer short duration credit, we will always make exceptions for good value. Consider the George Weston “Series V” preferred shares recently trading at $22.67 to yield 5.2%.  We note that this headline yield is more than 1% higher than the approximately 4% yield available on the long-dated 2032 bonds also issued by Weston.  To a taxable investor, income from the Weston perpetual preferreds is equivalent to receiving 6.8% in interest income, or 70% more than the bonds.

The Fund yield to maturity at July 31 was 4.9% with current yield of 4.2% and average duration of maturity‐based instruments of 2.5 years. There is a 6.4% weight in distressed securities purchased for workout value whose notional yield is not included in the foregoing calculation. Cash represented 5.6% of the total portfolio at July 31.