The Pender Corporate Bond Fund returned 0.7% in June. A good result given the emergence of some headwinds in credit as spreads widened somewhat in the latter part of the month.

Strong performers for the Fund in June included our position in convertible notes of Global Eagle Entertainment. Global Eagle rallied over 10% on good operating results as well as the company’s successful emergence from financial reporting difficulties, progress that resulted in the re-establishment of the company’s credit ratings from S&P and Moody’s. The Fund also benefitted from continuing improvement in Amyris Corp convertible notes as the company’s gathering momentum in the natural sweetener market and in the natural health and beauty ingredients market helped power higher prices across its capital structure. Investment grade credit was also a positive contributor in June as benchmark yields fell.

The gains above were offset, to a degree, by limited weakness in a few select high yield issues, including a recently acquired position in Revlon 2024 bonds. We were also disappointed by the results of the liquidation auction of Orexigen Therapeutics, which resulted in no meaningful recovery to its convertible note holders and caused us to write off our very small remaining position in that issuer, an impact of approximately 0.03% of Fund assets.

Top of the First Inning 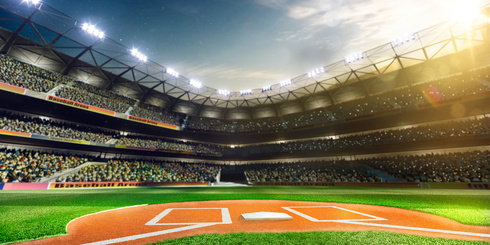 In a world where managers and their clients are inundated with a variety of trailing performance measures, we like to use the return of baseball season as a reminder that the best mental approach to investing is to treat every day as the top of the first inning. There may be lessons to learn from the past, but future performance is driven by decisions (or by non-decisions) made each day as they arrive in turn. To the batter, contemplating the first incoming ball of the game, there is no “lead.” No one is “behind.” There is only his assessment of the pitch, his decision to swing or not and the execution of the act.

Surveying the playing field in early July, we see a number of interesting changes in the environment. Prices for most types of risk assets are higher than the historic average, and credit is no exception. Business conditions are generally good, although we see some signs that suggest approaching risk, such as the flattening yield curve, and rising borrowing costs for consumers and corporations. Geopolitical issues, long boring and irrelevant to investors, warrant at least a “hmm.” The apparent disintegration of the Western security alliance and an abrupt reversal of longstanding trends towards freer international trade may have been, in other eras, the cause of some concern.

Our approach to this particular market is to be somewhat cautious. We have recently shed a few positions (including ones in Sherritt International, Dermira and Plantronics) where we believed that the trajectory of the issuer’s fundamentals may be fading in a manner that was diminishing our margin of safety in the security. We note that our position in investment grade credit continues to grow, with our largest holding by issuer weight now being the Government of Canada.

Wider spread credits, on a case-by-case basis, are still appealing. We continue to build positions in issues where we see many multiples of liquidation value sitting underneath our position in the capital structure. To this end, we added weight in a number of issuers in June such as Alliance Data Systems, Just Energy, Symantec and W&T Offshore.

In June, we re-established a position in the 2021 convertible notes of Twitter Inc. We view Twitter as an emergent global newswire, serving as a key avenue of connection between the world’s influential people and the various communities with whom they interact. The company’s credit profile is very strong, with a net cash balance sheet combined with consistent and growing free cash generation. The $77 strike price of this issue, while much higher than Twitter’s current $43 share price, allows for some potential equity-related upside beyond the credit yield, which was still in line with shorter term investment grade credits at our $95 acquisition price. We estimate a one-year default risk for Twitter at less than 0.01%.

We also significantly expanded our position in the 2020 convertible notes of Energy Fuels Inc. Energy Fuels is a United States based primary producer and secondary processor of uranium. We believe the long “wipe- out” in companies within the uranium sector may be near its end. Production shut-downs in major producing regions such as Canada and Kazakhstan, the re-starting of reactors in Japan, and potential regulatory relief in the United States are all factors potentially favouring Energy Fuels. The company was recently added to the Russell 3000 index and used the occasion to bolster cash resources with an at-the-money equity issue with the stated purpose of reducing debt. The notes bear a variable yield of 8.5% (which can only increase if uranium prices cross certain thresholds) and we estimate a one-year default probability of less than 0.2%. Net debt is less than one eighth of total enterprise value of this smaller company.

We also added a position in the 6% 2023 convertible notes of Toronto-based Crown Capital Partners. Crown underwrites loans to corporate entities that find bank lending difficult to access. A smaller company, Crown has a very strong underwriting history and has comparatively little financial leverage. Beyond direct lending, Crown leverages its underwriting through management of funds for third party investors. Debt represents less than one fifth of total enterprise value, while potential upside on equity conversion is a realistic possibility within the duration of this issue.

On the more aggressive side, we added a small position in the heavily discounted 2024 bonds of Revlon Inc, now trading below 56% of face value. Revlon owns a suite of well-known consumer brands in cosmetics including CoverGirl and Elizabeth Arden. We believe the company’s current difficulties are potentially less serious than the market believes, and that additional resources from the controlling Perelman family may provide the company with additional runway on which to return the entity to profitability. This is a smaller, higher risk position that currently yields approximately 19% to the 2024 maturity.

The Fund yield to maturity at June 30 was 5.5% with current yield of 4.8% and average duration of maturity-based instruments of 2.3 years. There is a 1.2% weight in distressed securities purchased for workout value whose notional yield is not included in the foregoing calculation. Cash represented 4.5% of the total portfolio at June 30.